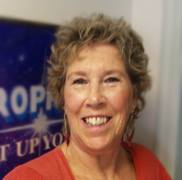 A chiropractor for over twenty years, Jean lives just outside of Philadelphia, Pennsylvania, where she owns and operates her business, Chiropractic Corner. Jean got her start on the spiritual path in the early 1970’s at a zendo in Hawaii. She also studied Qigong. Later, she became a member of the Brotherhood of Christ where she was introduced to Christian mysticism. She has traveled that path ever since.

Jean is now leading the Mystical Spirituality Study Group on Zoom and in person through MeetUp in Hatboro, PA. Her current class is using the book called The Golden Force, which can be found here. She is also leading the Tree of Life class on Zoom.